Bishop Auckland Football are pleased to announce their latest pre-season friendly, on Thursday 18 July, will be against neighbours Willington, in a ‘Fundraiser for Richard.’

The two clubs have a long, illustrious, and entwined history, both on, and off the field, clashing on several occasions in the FA Amateur Cup Final at Roker Park and Wembley Stadium, claiming one victory apiece (Bishops won the first at Roker in 1939, 3-0; Willington gaining revenge when at Wembley in 1950, 4-0).

That 1950 success for Willington though was their only Amateur Cup whereas the Bishops claimed ten; with three Northern League titles and two Northern League Cup successes to their name, Willington’s last silverware was in the latter, in 1975, and were runners-up in the League the following season.

Residing at Hall Lane, Willington, they finished in a credible eighth place in last season’s Second Division, overcoming the shock that rocked the foundations of the club in mid-February this year, Willington Chairman, Richard Tremewan (Chairman at Bishop Auckland between 2013 and 2016), suffered a left haemorrhagic stroke (bleeding in the brain), affecting one side of his body.

“He was initially in a coma and is now in rehab but it will take some time before he is back to his lively self.

“The prognosis from the consultant is extremely good but recovery will be a long and intense process, to which Richard is facing with courage and determination.  A long journey for us and his family.

“Richard has already defied the odds and knowing his strength and courage, he will continue to do so. Myself, his children, friends and family members all wish him continued support “ 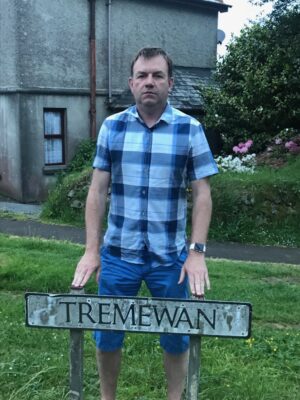 The friendly between the two sides, with a 19:45 kick-off at Heritage Park, Bishop Auckland on July 18, is a ‘Fundraiser for Richard’ where all monies raised on the night will go towards neuro-rehabilitation for Richard, something Andre says “is what he needs in order to get back on track.”

Steve Coulthard, Chairman of Bishop Auckland Football Club said: “I’m very pleased that a date has been sorted for ex-chairman, and former neighbour for many-a-year, Richard Tremewan’s Fundraiser with his club, Willington AFC on Thursday 18 July.

“I’m also delighted to say that all gate monies, plus anything else raised on the night, will go towards helping Richard’s rehabilitation in any way it can.

“I am sure we will get a fantastic support for the game, from both our supporters and those of our neighbours, Willington.”

Lee McConville, Acting-Chairman of Willington AFC, added: “It is both a privilege and a pleasure to be invited to Heritage Park to play Bishop Auckland in a pre-season friendly.

“Also their very kind offer to donate the gate receipts to Richard Tremewan who many will know took ill earlier in the year.

“Everyone at Willington AFC would like to thank all concerned for making the game possible.”